In the early morning of September 4, 2010, a magnitude 7.1 earthquake occurred in the south island of New Zealand. The epicenter was only 10 km underneath the town of Darfield and 40 km west of Christchurch City. What was even more notable than the direct impact brought upon the buildings was the record of zero casualties during such devastating crisis. Reviewing on the occurrence, the fortune could be attributed to a few perspectives: most houses were designed to endure strong earthquakes, which significantly abated the damage; and the soft stratum of Christchurch City decreased the impacts on the houses; moreover, the epicenter was at the region of low density of population. But most importantly, residents, local agencies, emergency responders, and the government coordinated well to carry out efficient emergency responses. 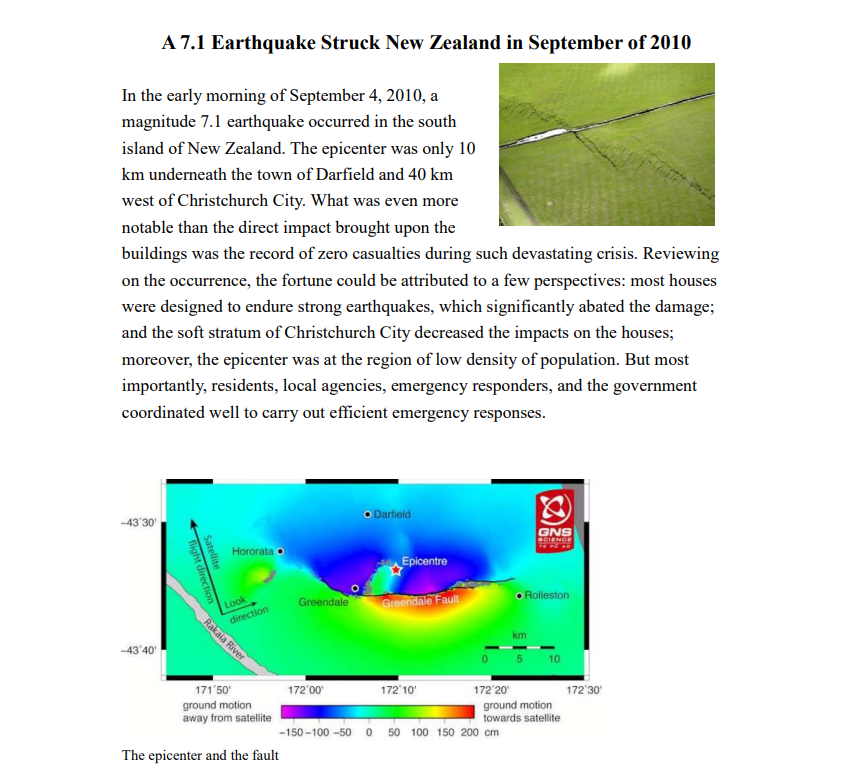