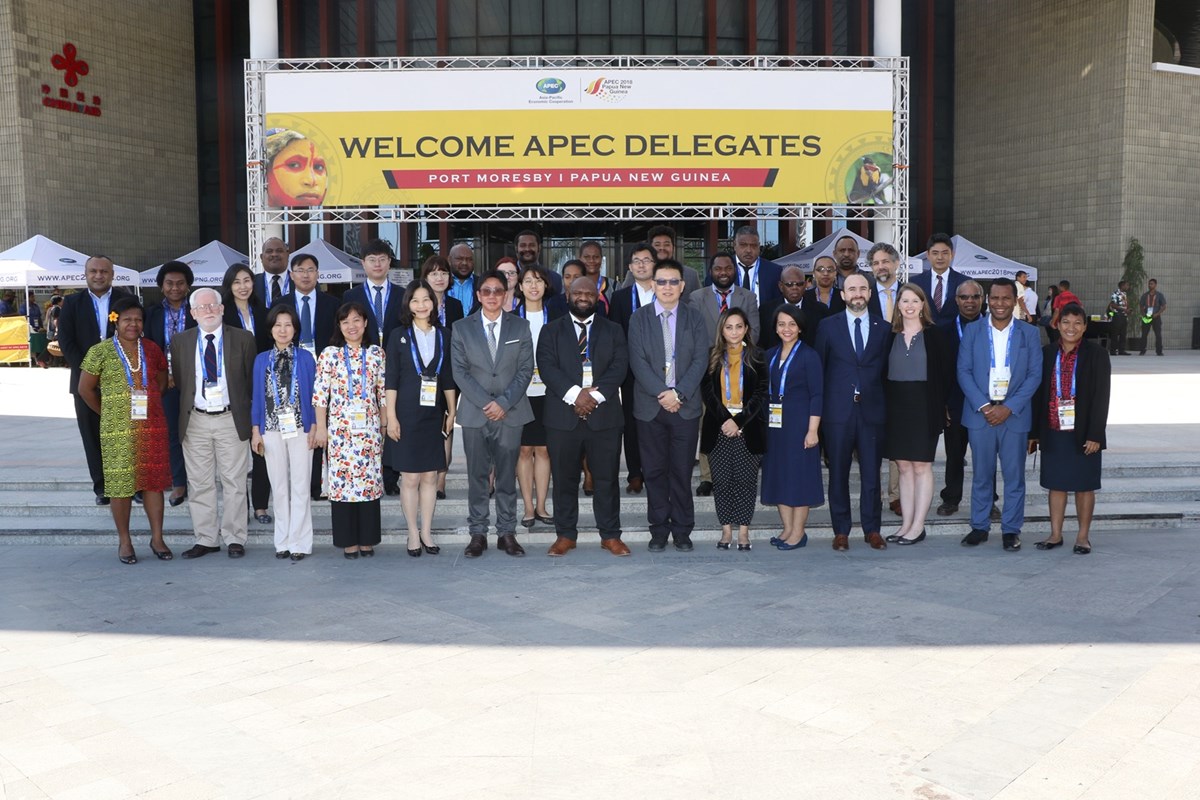 When APEC disaster management officials met in Port Moresby this August one of the first things on the agenda of the 14th Emergency Preparedness Working Group (EPWG) meeting was to observe a moment of silence for the people of Indonesia. Just two days before, a 6.9 magnitude earthquake hit the popular tourist island of Lombok. News of damage and casualties was fresh and still pouring in. It was reported that 340 people lost their lives, and 270,000 have been displaced.
It was like a repeat of last February, when the EPWG also convened in Port Moresby, this time in the wake of a more powerful tremor that struck the Papua New Guinean highlands just miles from the capital, killing 70 and crippling essential energy infrastructure. These are only part of a string of multiple calamities over recent years, often happening concurrently, and which are believed to only get more frequent and more destructive.

“Disasters and their associated hazards cause significant risks to the citizens of APEC economies and others in the region,” Yamuna said “The threat is not isolated to one location or time of year. Multiple disasters can be taking place at any one time, with several disasters occurring in the same economy or concurrently across several economies.”

APEC’s emergency preparedness agenda is to raise the capacity of its members, and of the region, to properly prepare for such events and recover quickly afterwards. The current focus of the forum’s emergency managers is adapting to the “new normal” of living under constant threat of the next disaster. To do this APEC economies need to take advantage of new technologies and alternative methods of identifying vulnerabilities and assessing damage.

“Emergency responders and scientific experts can co-work on information and input from the public through using new tools such as big data and by collecting social media posts and videos. This will give responders the ability to make decisions in time,” Dr Li said.

He also acknowledges that the quick spread of information-based social channels leaves disaster victims possibly exposed to attempts at misinformation—real-time fake news— something that emergency managers will need to discuss when devising public warning systems, and which adds a social aspect to disaster response.

“Once upon a time, when we talked about monitoring, we meant monitoring seismic activity or satellite photos of typhoons,” said Dr Li “Now we’re starting to consider social issues such as the impact to socio-economic development, and gender issues.”

“When I look at the impact of an individual disaster, I try to make a linkage to how it impacts people and society,” he said. “The recent flooding in Japan put many senior citizens in a precarious situation because they lack the ability to move around with ease. Chinese Taipei also has a fast ageing population. Maybe ten years later, measures to ease the experience of seniors during disasters will be an important issue there.”

Chile offers an example put into practice of surveying underlying risk factors for the purposes of disaster risk reduction. They are conducting a survey to measure drivers of vulnerability in Chilean local communities. The survey set out to generate a standard methodology that allows each municipality a means for self-diagnosis in four general dimensions that all contribute to resilience: governance, land use, demographic or socio-economic characterization, and climate change.

These criteria are divided further into 41 variables ranging from climate conditions, adherence to building codes, number of persons with disabilities, private-sector participation in the community, migration, to even the accountability of public officials in a certain area. The ensuing reports lay out strengths and weaknesses and come with recommendations to reduce any underlying risk drivers found.

Cristóbal Mena A., Deputy National Director of the Chilean Emergency Office, presented the initiative to APEC emergency managers, calling it “a very holistic approach—not just for emergencies, but also for social development, health, housing, climate change, and so on.”

“This is a very easy and straightforward methodology for reassessing vulnerability at the local level,” Mena explained, “which for the Chilean Emergency Office seems to be the right path towards reducing disaster risk.”

“National disaster resilience is not limited to physical effects on an economy,” he said. “We should also be thinking about the secondary impacts such as socio-economic losses that could potentially be the seed to trigger an economic hazard.”

During the emergency managers meeting, while reviewing the list of droughts, floods, landslides, wildfires, cyclones and volcanic eruptions that have occurred in the APEC region this year, Dr Li pointed out that “it is a cautious time to be a disaster manager,” given the number of these calamities that happen all at once. He reasserted the need for collaboration among member economies, the public and private sector, and regional organizations to deal with a situation that is almost like that Hollywood movie: The Day After Tomorrow.

“But this is happening now,” he said.